KOBILS stands for Kobe Bilingual School and reflects our desire to create an English school that encourages English/Japanese bilingualism among children in Japan. We provide courses for Japanese children who are growing up in Japan and whose parents have a wish for them to be bilingual, for returnees who have lived in an English speaking country and are returning to Japan, for graduates of other international schools, and for mixed race and native English speakers. While the majority of courses are immersion English courses, we also provide Japanese classes in our full-time courses and for native English speakers who want to improve their Japanese. Our programs cater to children and young people from age 0-18.

In addition to promoting bilingualism, we also encourage children to enjoy learning. If children enjoy learning, believe they are good at it, and know how to do it, they will become successful lifetime learners. KOBILS helps your child make maximum progress by providing courses at their level regardless of their age, and encouraging progress, self-assessment and goal setting. That’s why we say at KOBILS, children can enjoy “lots of learning, lots of fun”. 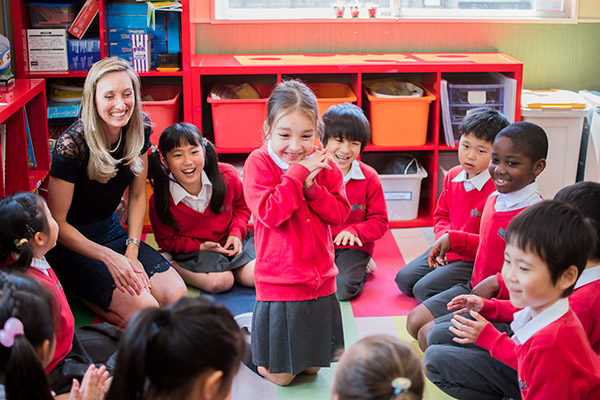 We want KOBILS children to be SKILL-ful. KOBILS fosters the qualities of Strength, Kindness, Inquisitiveness and Independence, and Lifelong Learning. By focussing on these qualities, we believe children become ready for all that life throws at them. Children and teachers work together to make positive learning goals and think about the steps they need to take to achieve those goals. Children are encouraged to ask why and to want to gain more knowledge throughout their lives, whilst always being considerate of those around them. Janina Tubby is the owner, principal and director of KOBILS. She has two bilingual children of her own. Her children “walk the talk” and are balanced happy bilinguals of English and Japanese, with strong speaking reading and writing skills in both languages. Janina has a CELTA and DELTA (Cambridge University certificates and diplomas in Teaching English) and has trained other teachers for the distance DELTA too. She has followed masters courses in applied linguistics and is currently studying for a Masters degree in Educational Management. She has been teaching in Japan for more than 20 years and before starting KOBILS taught at preschool, language school, corporation, medical school, and university. She has volunteered at the local elementary school and taught at Kozukayama hoikuen too, and is a previous Assistant Board Chair at Marist Brothers International School. In her free time she enjoys running, cycling and reading. Janina keeps busy and enjoys life!

We pride ourselves at KOBILS on our happy friendly children. KOBILS builds SKILL: Strong, Kind, Inquisitive Lifelong Learners. They love to come to school and we love to have them!

One of our goals at KOBILS is to make our learning accessible to all. We are therefore very excited to have been able to adapt our building so that almost all facilities are accessible to wheelchair users. An elevator allows access to all three floors and widened doors and a specially adapted toilet means that our facilities should be usable by those with a range of mobility challenges. Come by and See!

There is a lot of new building excitement here at KOBILS, especially as we have just opened our playground! We love seeing the kids having fun and testing their limits, and our jungle gym has plenty of scope for that. Our beautiful grassy playground and slope is great for sitting on, playing tag or rolling down the hill. We are also very happy to open our facilities to our neighborhood kids when school is out. Come on over and play!

Three apps are up and running for Saturday School! Saturday children are using iPads both at school and home. Kids have an entire online library of books they can dig into and a wide variety of interactive games to help them with spelling. As always, we want there to be lots of learning and lots of fun, so now they can enjoy learning wherever they go!